Spotting the Signs of Alzheimer’s Disease 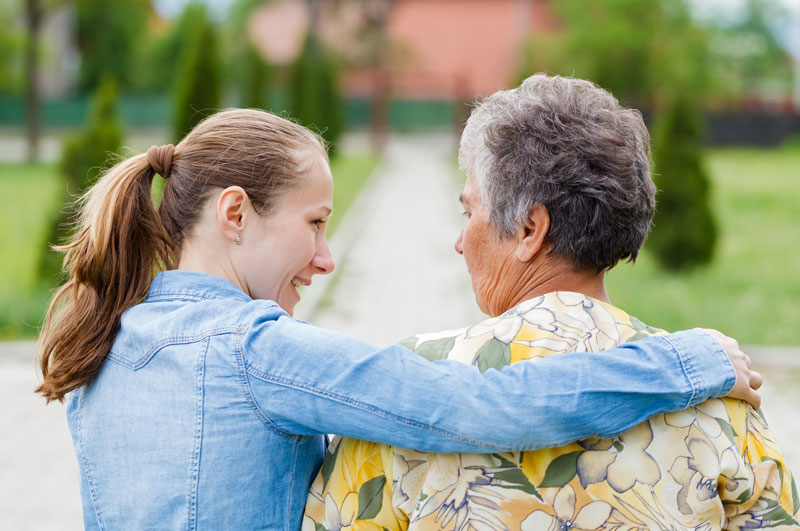 'We all lose our keys or forget an appointment as we get older. These all can be normal signs of the aging process, but there are certain behaviors that may be the can indicate early signs of Alzheimer’s, especially if they begin to disrupt daily life. With early detection and diagnosis, more can be done to alleviate the onset and progress of Alzheimer’s disease. Alzheimer's is a brain disease that causes a slow decline in memory, thinking, and reasoning skills.

What are the signs of dementia?

Most age-related memory problems are not signs of dementia or Alzheimer's disease. Instead evidence of a slowdown in the brain activity processing speed that increases the time it takes to retrieve information. As we age, our brain becomes less elastic and we develop an inability to focus our attention on multiple things.

While you may be able to chalk off a few memory lapses to normal aging, there are common warning signs of Alzheimer's disease. If you or someone you love is experiencing one or more of the following symptoms, talk to a doctor.

At first, only short-term memory may be affected, with long-term memory issues developing later. People may forget an appointment or the name of a new acquaintance.

Many people lament over memory loss but can provide considerable detail regarding incidents of forgetfulness. However, they are only able to notice memory loss if asked, and being unable to recall specific instances.

Changes in a person's basic nature or temperament aren't typical and may be signs of Alzheimer’s disease. A person who was once social may become withdrawn. Or someone who is typical cheerful may become stubborn, angry, or sad.

Simple tasks that were performed with ease often become much more challenging. For example, forgetting how to use the oven, lock the door, or get dressed can be signs of Alzheimer's disease.

A common sign of the signs of Alzheimer's disease is having difficulty with language. People may have trouble describing objects and refer to items such as a telephone as “that thing I call people with." Reading or writing may also become difficult.

The individual might have trouble making decisions, solving problems, or planning.
For example, they may not be able to balance a checkbook or pay bills anymore.

The following might be signs of Alzheimer's disease, especially if the behavior is out of character.

If you are concerned that you or someone you love may be experiencing symptoms it is always best to schedule an appointment to discuss the situation with your doctor. There are many causes of dementia, including some that are reversible.

The early signs of Alzheimer’s can be subtle and often challenging to distinguish from symptoms of the natural aging process. If they continue and are conflicting with a loved one’s ability to lead a normal life, see a medical professional. With early diagnosis, treatment, and proper assistance, the progression of Alzheimer’s can sometimes be relieved.

When Should You Test for Alzheimer's?

It can be tough to separate the symptoms of Alzheimer's from normal forgetfulness. Often, you may...

END_OF_DOCUMENT_TOKEN_TO_BE_REPLACED

Both dementia and Alzheimer's disease are serious conditions that affect seniors and older adults....

END_OF_DOCUMENT_TOKEN_TO_BE_REPLACED

When a loved one is diagnosed with Alzheimer’s disease, you may have a lot of worries or feelings —...