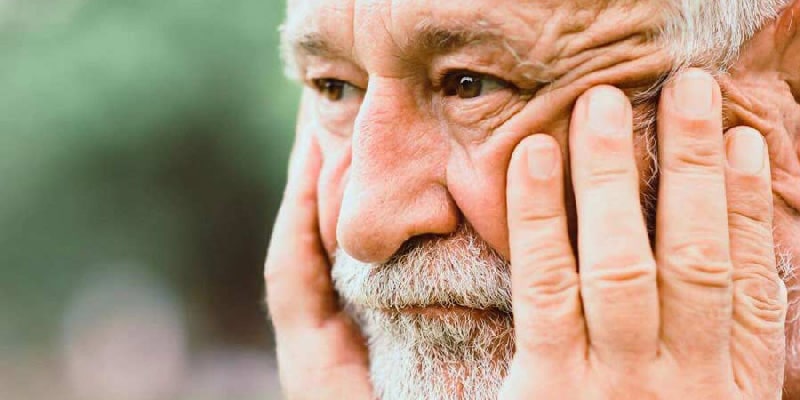 Both dementia and Alzheimer's disease are serious conditions that affect seniors and older adults. While most people consider them the same thing, they have some differences to keep in mind.

This article will discuss these differences and talk more about these cognitive conditions.

Dementia is considered a syndrome that affects cognitive health. It's an umbrella term that several cognitive conditions fall into, such as Alzheimer's disease. Dementia involves a group of symptoms that impact cognitive functions, such as remembering someone's name or thinking clearly. There are different types of dementia, and it's possible to have multiple forms at once, which is called mixed dementia.

Dementia often progresses into a more serious condition that severely affects cognitive ability, making it difficult to make decisions and even live independently. When patients reach this stage, they must be cared for by a caretaker or loved one.

The symptoms of dementia can be mild, making the condition hard to detect. In the early stages of dementia, a person may simply forget someone's name or where they put something. People may also have problems keeping track of time and feel confused in an otherwise familiar environment.

As dementia progresses, memory problems and confusion intensify. These problems often result in issues with personal care, which is typically when a caretaker steps in to help. Dementia damages brain cells and impacts how someone communicates, creating problems with basic thinking, decision-making, and reasoning. Dementia patients sometimes have emotional issues, such as excessive worry, anger, and anxiety.

If someone has dementia, they often have difficulties with at least two of these essential functions:

It's important to note that dementia doesn't involve simple memory lapses like forgetting to bring your sunglasses in the car. Dementia leads to severe cognitive issues that impact everyday life. Someone with the condition may forget a family member's name or a friend they've known for decades.

There are multiple types of dementia, which involve different processes in the brain. These classifications include:

About one in 10 people with dementia have this type, making it the second most common condition. Vascular dementia is caused by the brain not receiving enough blood to function normally. There may be blood vessel damage or blockages, which can sometimes lead to small strokes or brain bleeding.

This type of dementia involves the buildup of spinal fluid in the brain. This fluid buildup often leads to slowed thinking, behavior changes, and loss of bladder control. Luckily, surgery may help to ease symptoms.

Lewy bodies are clumps of protein, called alpha-synuclein, that build up in the brain's cortex — the area that affects learning and memory. Those with this condition may have hallucinations, sleeping issues, or unbalanced movements.

Huntington's disease impacts the central area of the brain, which helps us think, show emotion, and move. A gene problem passed down by the parents is the cause of this type of dementia. As symptoms typically start between ages 30 and 50, they usually begin with uncontrolled movements in the arms, legs, face, and upper body.

The loss of nerve cells found in the front and sides of our brain causes frontotemporal dementia. Those with this condition typically have behavior and personality changes and writing and comprehension issues.

What is Alzheimer's Disease?

Alzheimer's disease is the leading form of dementia. About 60% to 80% of people with dementia have this specific type. Unfortunately, there is no cure for Alzheimer's, and it does worsen over time.

Alzheimer's disease happens when specific proteins, called plaques, and fibers, called tangles, block nerve signals by building up in the brain. This buildup destroys nerve cells, leading to memory loss and other cognitive problems. As the disease progresses, symptoms get more severe.

How Alzheimer's Impacts the Brain

Those with Alzheimer's have problems communicating and performing everyday tasks. Other common symptoms include:

Although there is no cure for Alzheimer's, certain medications may help manage symptoms and prevent the disease from progressing.

The more you can understand dementia and Alzheimer's, the more effectively you can choose care options for someone with these common conditions.

Bear in mind that although aging adults may have been active when they were younger, these same...

END_OF_DOCUMENT_TOKEN_TO_BE_REPLACED

When Should You Test for Alzheimer's?

It can be tough to separate the symptoms of Alzheimer's from normal forgetfulness. Often, you may...

END_OF_DOCUMENT_TOKEN_TO_BE_REPLACED

When a loved one is diagnosed with Alzheimer’s disease, you may have a lot of worries or feelings —...