How to Recognize Early Signs of Dementia in Seniors 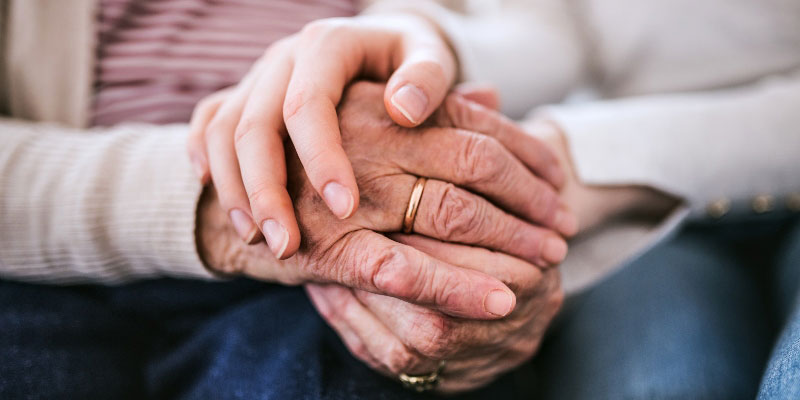 As a sizable percentage of the population reaches old age, many families worry about the health of their loved ones. A common fear is that a senior family member will be diagnosed with dementia. Dementia, which is a name given to describe a large number of specific memory diseases, affects about 10% of Americans, although the anxiety surrounding dementia makes many people think that the numbers are higher.

Dementia has many stages and forms, but most people are only aware of the late-stage symptoms that can be the most frightening and upsetting. Because these are the more well known symptoms, it can become difficult to understand what the early signs of dementia actually are.

It’s important to try and get a dementia diagnosis as soon as possible so the best treatment plan can be put in place, meaning it’s equally important to know what the earliest signs of dementia are and how to recognize them in your loved ones.

The most well-known and obvious sign to spot for dementia is memory loss. After all, dementia is another name for memory disease. But memory loss can mean different things, and it’s important to know when something could be a sign of dementia, and when a behavior is part of the normal aging process.

Simple forgetfulness, such as blanking on a name or word but then remembering it later, isn’t necessarily the type of sign you need to be on the lookout for. Something that might be a more significant sign of memory loss would be forgetting the name of a close relative or friend, and not being able to recall it later.

A good indicator of whether memory loss is a simple brain lapse or a serious sign is if the memory loss is interfering with the daily life of your loved one. For example, if they can no longer hold a conversation because they forget names, dates, and events, it could be an early dementia warning sign.

Another important indicator of oncoming dementia is confusion. While not as unmistakable as forgetting names of relatives, confusion can often be the result of other, less obvious, characteristics of memory loss. If an elderly family member is having more confusion than normal, such as not understanding where they are, what day or time it is, or who they are talking to, it could be pointing to a more serious problem than a simple senior moment.

If you notice abrupt changes in attitude from senior family members, then it could be another early sign of approaching dementia. Sometimes people who are suffering from early dementia symptoms will become angry, irritable, aggressive, scared, or anxious. Usually these behavioral changes are because they are afraid of what’s happening to them, and are either lashing out or withdrawing from confusion.

A major shift in overall personality is another warning sign to be aware of, such as a normally social person becoming reclusive, or a usually shy person suddenly becoming more outgoing and reckless.

Dementia affects more in the brain than just memory, and a person’s cognitive thinking and mental abilities are often damaged by dementia. Early dementia symptoms can be represented by difficulty with things like:

Problems with Speaking or Writing

If your loved one stumbles over words occasionally as they continue to age, there probably isn’t a reason to get overly concerned. However, if your extremely well-spoken relative is struggling to remember even basic words and is forgetting what simple phrases mean, it could be a sign of something more severe.

Similarly, if you notice that a loved one can no longer write the way they used to and is using increasingly poor grammar and spelling, it could be another early dementia warning sign.

In today’s world, we can sometimes be hypervigilant when it comes to searching for signs of dementia. While it’s important to get an early diagnosis, we can also be a little paranoid with our loved one’s health.

It’s normal for seniors to have a few lapses in memory and some mood changes as they age, so not every dropped word and misplaced item is a reason for alarm. However, if you notice a possible symptom getting rapidly worse, or a number of signs presenting together, you may want to consider talking to your loved one.

Always keep your senior family members informed about your suspicions, and don’t exclude them from any decisions you make. If you think that a trip to the doctor is necessary, go with your loved one to show support. Working together as a family is always the best way to approach serious health issues, including dementia.

Loss of appetite is considered common among seniors, but this phenomenon shouldn’t be chalked up to...

END_OF_DOCUMENT_TOKEN_TO_BE_REPLACED

The Stages of Dementia & Care Associated with Each Stage

If you or a loved one has recently received a dementia diagnosis, you may be feeling alone or...

END_OF_DOCUMENT_TOKEN_TO_BE_REPLACED

What to Avoid When Talking to Loved Ones With Dementia

When a loved one experiences dementia, communication can be challenging. As you never want to cause...